Sky Dive from space:  Really?  Not only did he think of it, he thought, “hmmm…that could work” AND he then did it! I can’t help but think, “Really?”

Painting people:  This art is amazing.  And I mean amazing.  You must watch this video.  I had to watch it twice.

Amazing biker: This biker is so fabulous at what he does.  I still can hardly believe he picked up his bike and thought, “I bet I can jump on fence and ride it.” (I personally love this video, in particular, because it shows him falling in the beginning.  His tricks don’t come easily to him.  He has to work on it.)

The moral:  So what makes you think your idea won’t work?  That crazy idea that makes your heart sing? Come on…try it.  You know what they say, what you regret most is what you don’t try…not what you do.

I am thrilled to welcome you to my online home. Join me as I share tips and ideas for enjoying living a deeply satisfying life. Ready to fall in love with the life you are living and dream of an even bigger life? You are in the right place! 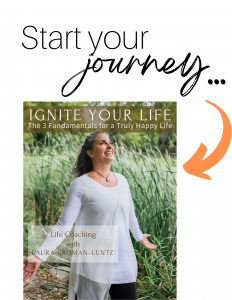